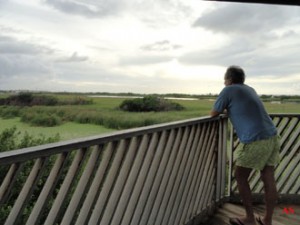 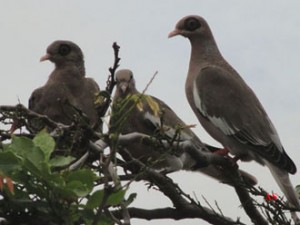 Despite being one of Aruba’s most popular resorts in the world and one of the best diving destination, with its large hotel chain, also has natural areas represented mainly by the Arikok National Park andBubali Bird Sanctuary.

Interestingly, natural areas and even in altered areas met the Divi-divi (Caesalpinia cori), photo below, whose distribution extends from the Caribbean, Mexico, Central America and northern South America, but they are very famous and somewhat protected in island. By Antonio Silveira 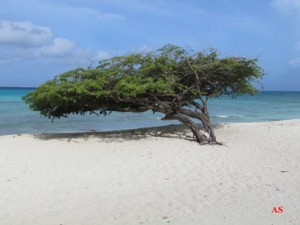 Aruba has about 70 species of birds  residents and many species migrants. The rarest bird of the island is the chicken of water-Fulica caribaea (Caribbean Coot), with only about 100 individuals in the wetlands of the island, which we were lucky to see one. And Athene cunicularia arubensis ( Burrowing Owl), endemic and one of most known and protected bird of the island.

Arikok National Park created in 2000 is administered by a foundation, has 20 miles of trails and protect natural areas and arid part of the island and its coast, with caves and natural swimming pools (http://www.arubanationalpark.org/). But the Bubali Bird Sanctuary protects one of the main wetlands of the Caribbean, including a site is RAMPS.

But there are other flooded areas, especially in Palm Beach, home to major hotels and easy to be visited, as are adjacent to the coastal road that passes behind the hotels.In our stay in this beautiful island, we made these observations in the flooded areas, areas of hotels and visit in the afternoon of 16/11 Sancturay Bubali Bird, where he delighted in the beauty of the place.

The Bubali Plas, as is known, is a public reserve, formed by a complex of interconnected lakes and wetlands, providing an important refuge for wildlife, especially under water good to Fish-watching (Fish-watching in Aruba).

There are dozens of species living on the island and many migrants use their lakes and wetlands to rest and feed.On site there is a viewpoint of about 6 feet tall, which allows the observer to be comfortably protected from the sun and with a fantastic view of much of the area.

Following is a LIST OF BIRDS OF ARUBA with 90 species of birds observed and identified in our stay in Aruba, with annotations of sites, in alphabetical order.