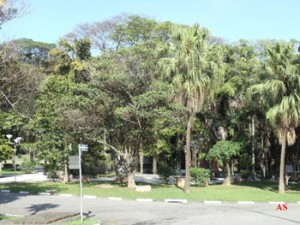 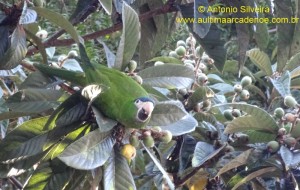 The Butantan Institute is located in the neighborhood of the same name, in the western city of São Paulo, having area of ​​80 hectares, home to many administrative buildings, the snake, etc.

The museum is an institution of animal studies poisonous, especially snakes (snakes) and producer of anti-snake serum.

It is a place well known in Brazil and abroad for its technical excellence in their area, moreover, is one of the few institutes in the field of science. For all this is much visited, where people seek primarily their exposure of live animals (Biological Museum) and the snake.

Despite all its facilities, the site has about 62% of its wooded lot, both with exotic plants and native vegetation (Atlantic), which offers a great place to practice bird watching (birdwatching ; birding). ( video: Green areas of Butantan Institute)

There is a green area prohibited to the public but the public viewing area  there is a significant green space, good enough for observations of birds. Moreover, being a flat with paved streets and squares, can be covered easily by the observer, including the elderly. Many years ago there were three ponds in the reserved area, but were grounded. There is a snack bar and restrooms, which can bring more comfort to the observer, who can then spend several hours on site, so you can learn more about the snakes while they can enjoy practicing birdwatching.

Hence the reason for us making a list of your bird, the birdwatcher to help this delightful form of recreation, that visit.

We were on the spot sometimes for a few hours, especially from the second half of 2010, where we observe several bird species listed below.  It should be noted that the visits were not there the diurnal birds constatarmos their crepuscular and / or night. And as there is no water mirrors in place, there is no presence of waterfowl.  by Antonio Silveira.