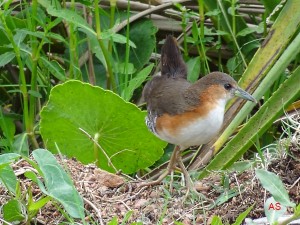 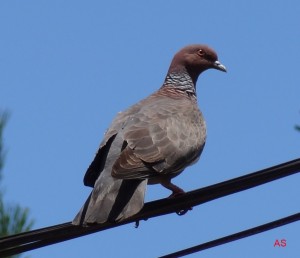 Since 2006 we have visited Uruguay , more precisely resort of Punta del Este and the surrounding regions , where we have made ​​some observations of fauna , especially its birds.

The resort of Punta del Este ( Punta affectionately called by its regulars ) is located in a charming and beautiful peninsula on the coast of Maldonado Department . Undoubtedly , Punta is one of the most famous resorts in the world , for its prime location, the beauty of its white houses (mainly in Punta Ballena ) , modern buildings , hotels , casinos and the old lighthouse , which contrasted with fishing boats and yachts , form a vision of great scenic beauty.

Although Punta del Este is one of the most popular resorts in the world , still has natural areas , especially in its coastline , with rocky points, dunes , marshes, lakes and coastal lagoons . Among the latter is the Laguna del Diario , very close to the central area of the resort , but still preserved vegetation on its banks , the Laguna Garzón and Laguna José Ignácio, , located just a few kilometers from the center , are very good places for bird watching .

Another next place visited was the Mountain region ( Cumbres ) of Punta Ballena , a place that reaches 200 meters in height and José Ignacio region surrounding the dirt road ( Cno Sainz Martinez ) that connects this town and Route 9 .

There is also the Lobos Island with its lighthouse and the largest colony of seals and sea lions in the South Atlantic ( Otaria flavescens and Arctocephalus australis ) , and many seabirds , as well as Ilha Gorritti, , uninhabited and preserved vegetation , both near the beaches .

The brook or river that flows into the Arroio ou Rio Maldonado , after passing under the famous undulating bridge is also an excellent place for bird watching because its banks sees many birds .

In strategic locations a few viewpoints placed observar baleias-francas (Eubalaena australis, Southern Rigth Whale) that from July to October seeking the calm waters of its coast to breed , show we have ever had the opportunity to observe . These sites can also be used by birdwatchers .

So this list includes Punta del Este , as the central and local support , and the regions and / or places specified , all belonging to the department of Maldonado , except the Laguna Garzón , which borders the departameno Rocha .

Thus , we have made ornithological observations in this beautiful region Uruguayan , recording to date ( August 2012) more than 200 bird species , as listed in alphabetical order by scientific name , with photographic records and some videos .