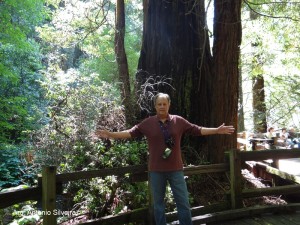 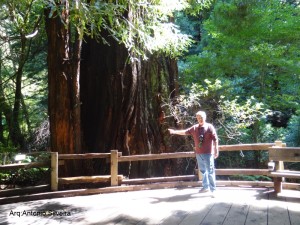 On 21Octuber 2009 and 26 June 2013, we had (Antonio Silveira and Luiza Gianine) the opportunity to meet near the city of San Francisco, one of the oldest and most impressive parks naturals U.S., it is the Muir Woods National Monument, created in 1909 where are the remaining forests of the famous giant sequoias of California coast. Plant species also known as “Titan race,” race Titan.

As part of the Golden Gate National Recreation Area (GGNRA) or Golden Gate National Parks, a huge area that encompasses many protected natural areas, the Muir Woods is situated in a valley, a few kilometers north of the no less famous Golden Gate Bridge with excellent access via paved. The park has a visitor center very structured, with restaurant, restrooms and a gift shop with many products and information related to its history, fauna and flora, as well as seven tracks very well signposted, running through much of its area, providing the visitor revel in the many scenic possibilities of its giant trees.

The giant redwoods (Sequoia sempervirens), known in English as cost redwood, or “Titan race” are the tallest trees in the world, with over 100 feet tall and come to live 3000 years. In the oldest park even 2000 years.

Despite being close to the city of San Francisco, the area is well preserved, giving the impression of being in a virgin forest.

We visited the place in the morning, for just an hour, going through a bit of its trails, where a stream runs between the crystalline giant vegetables, which are a shadow almost scary. To complete the humidity and almost constant silence, occasionally cut by the voice of a bird, form a scenery that gives us the distinct impression we were plunged into a world of the past and still being watched silently by giant sequoias.

Really, who goes to San Francisco can not fail to visit and experience the “World of Titans, the Muir Woods National Monument. 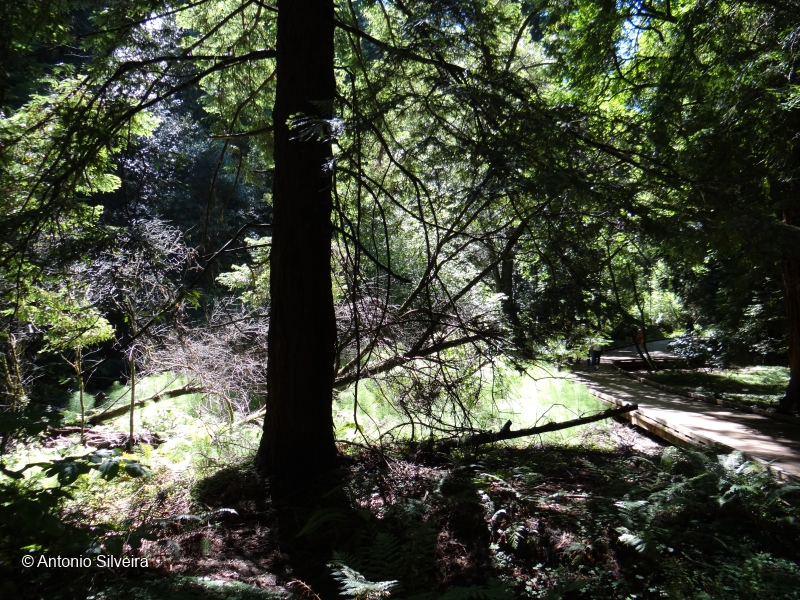 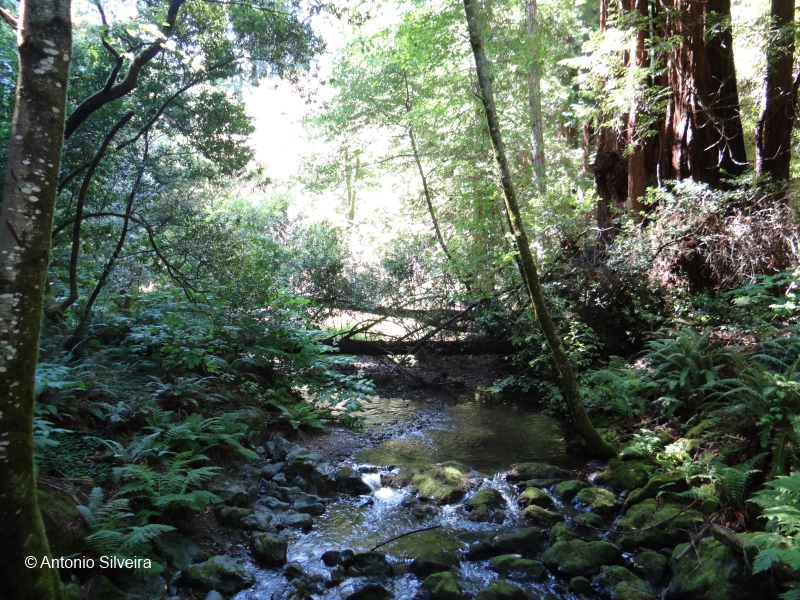 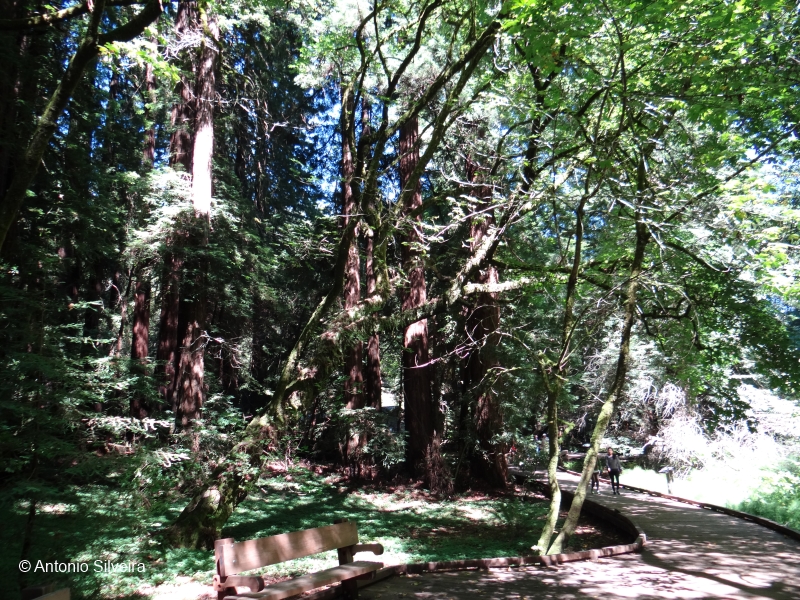 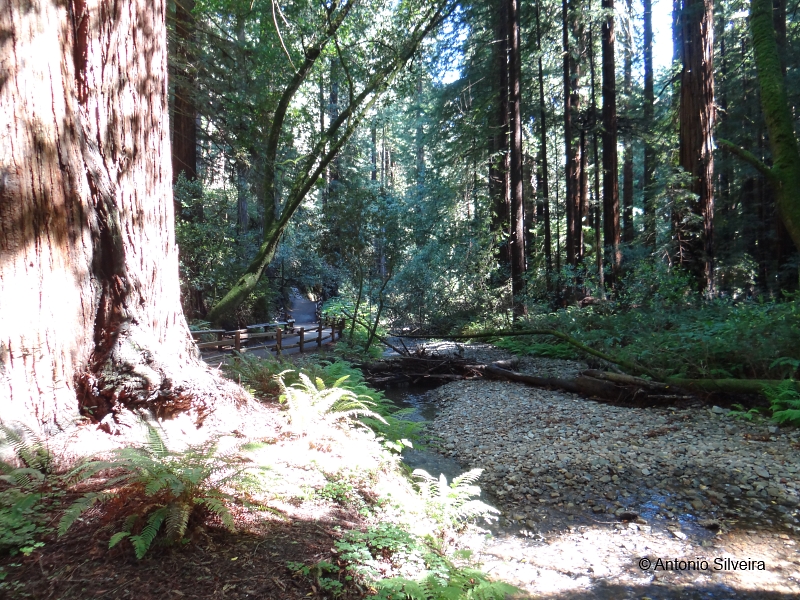 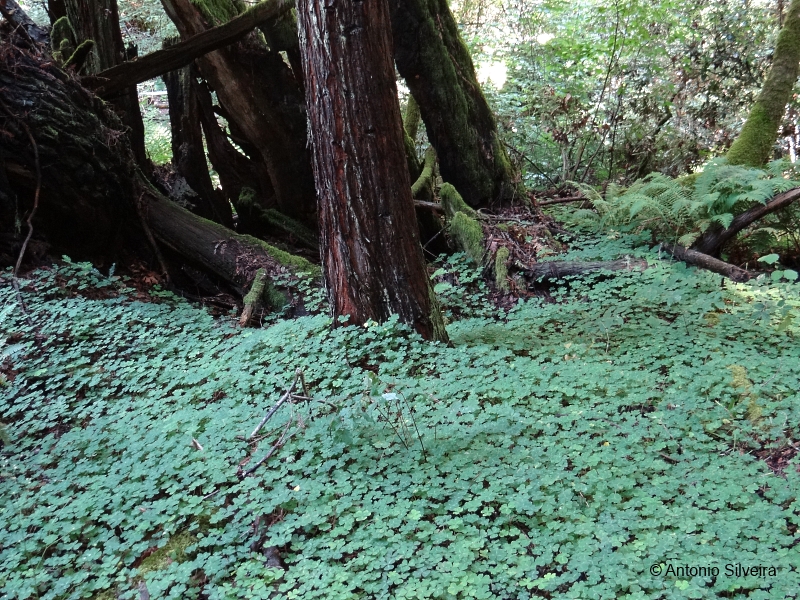 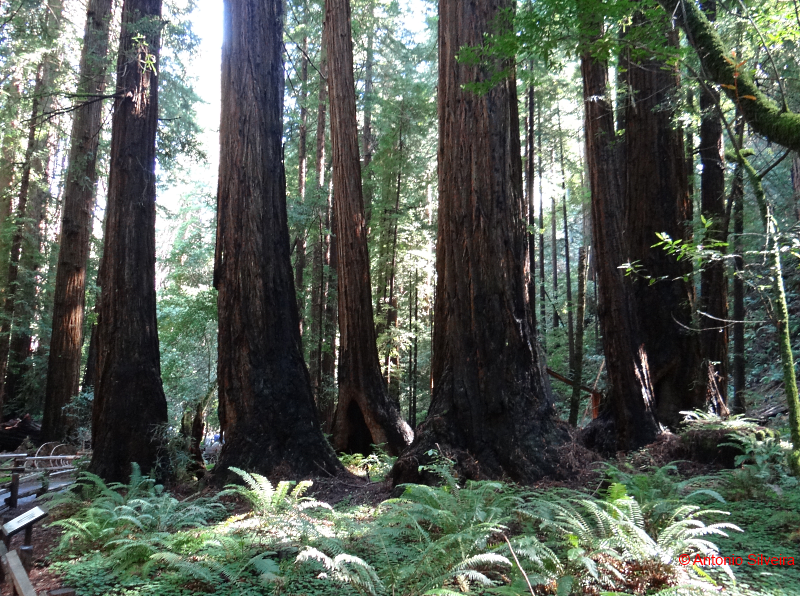 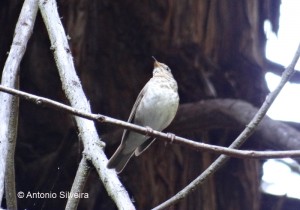 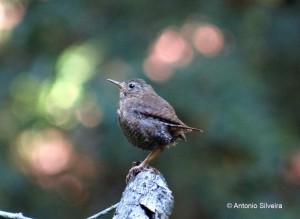 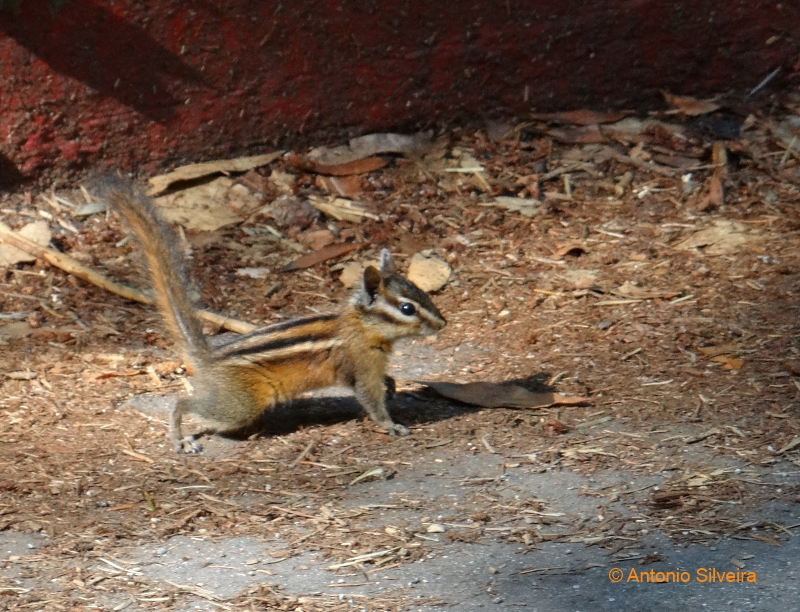