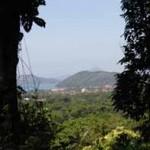 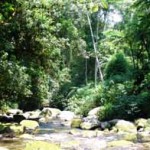 Here are the lists of birds observed by Antonio Silveira in Ubatuba, State of Sao Paulo, relating to localities listed in each respectively.

As the Ubatuba county is still composed of large natural areas of interest to birders, in view of his great ornithological potential, we decided in this case, prepare a general list of birds for the municipality and other specific to certain places, as contained the end.

For this, we rescued our records data and earlier observations, including by consulting our videos and recordings of vocalizations made ​​in the region, which began in November 1991 by visiting the following places: Itamambuca Beach, Farm Cambucá (Ubatumirim) village Picinguaba Picinguaba the Serra do Mar State Park, Farm Angelim (angelim Rainforest), Praia das Toninhas, mostly.

During the visit of 30.11 days and 01:12:07 in Finance and angelim Picinguaba, had the company field biologists Fábio Olmos and Rita Souza, who helped us in the comments, which we appreciate.

So far registered for the municipality of Ubatuba 187 species.

CUMULATIVE AND PRELIMINARY BIRDLIST OF UBATUBA – SP. by Antonio Silveira.